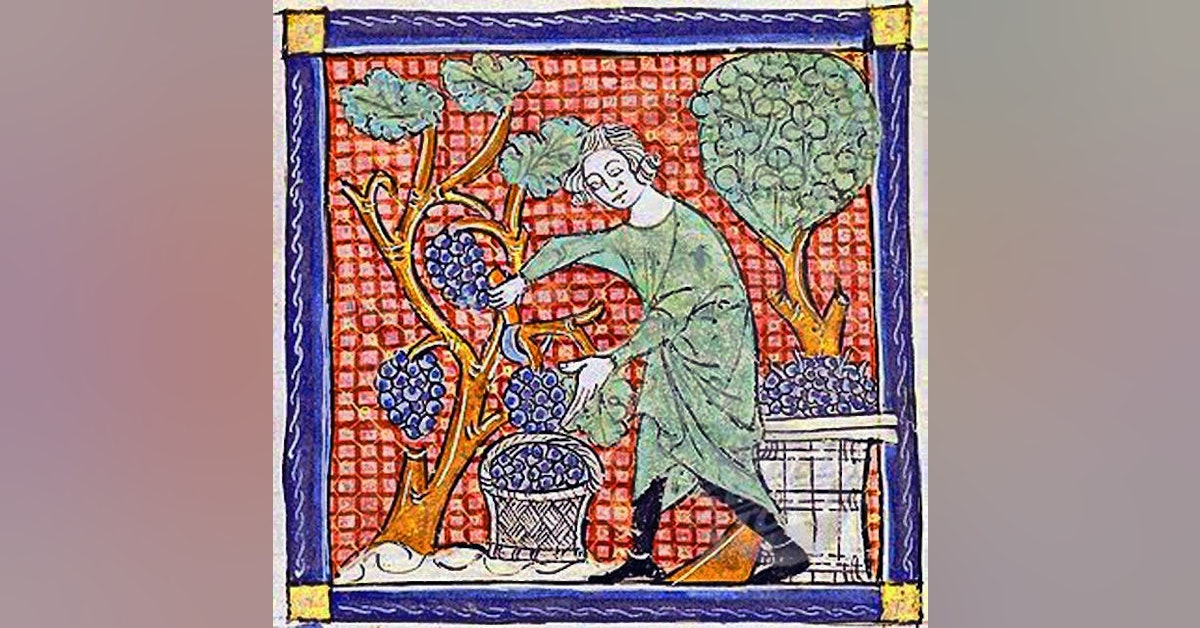 A short episode on early medieval myths and medicine.

Today’s episode is a little short and because of that I will be releasing a full one this Saturday, so consider this a bonus. I just didn’t want to gloss over some last things about Merovingian society before it ends.

Medicine was a difficult practice in the early medieval period. Physicians worked on incomplete information and were very limited in their ability to cure their patients. Frankish physicians worked off of the four humors theory. Pioneered by the Ancient Greeks, the theory held that the human body was composed of four different liquids: blood, yellow bile, black bile and phlegm. A person was healthy when the humors were balanced and sickness appeared when they were out of balance. While this Greco-Roman idea dominated theoretical thinking about health, few Franks could read Greek and Latin medical texts. This ignorance actually worked in their favor, since the theory was bad to begin with. Instead, Frankish physicians were far more concerned with dieting regimens than the Romans and prescribed diets to regulate the body. They believed that fasting was supposed to cool the body, while meat and wine warmed it.

The most renowned physicians attached themselves to noble houses and wrote books on health. But these physicians were always in danger, since failure to save a noble could result in exile or murder, as in 580 when Queen Austrechild, wife of Guntram, was lying on her deathbed from plague and had her two physicians murdered. Doctors in our modern era command a great deal of respect and high pay, but physicians in the medieval period had little of either because of their inability to combat disease. Trust in medicine fell even farther when the Plague of Justinian hit in 541 and physicians had no response to the mass deaths.

Moreover, physicians had to compete with folk healers and priests. Folk healers used amulets, charms and traditional recipes to cure disease, all of which was condemned by the church as pagan, while priests claimed they had the power to cure diseases. Priests held that God gave them or their relics power to heal the sick through the laying on of hands, blessed oil and prayer. Before Louis Pasteur proved germ theory was correct in the 19th century, health was a mystery and physicians, priests and folk healers competed for domination of the medieval body.

Now, let’s talk about mythology. We really don’t know much about the traditional Frankish beliefs because they were mostly illiterate and what few things they wrote were destroyed for being pagan or simply lost to time. Since the Franks were a Germanic people it is probable that before they were Christianized they worshipped some variation of Odin & Thor. Like the Celts, they had holy forests and glens, and their gods were rooted in the world, unlike the Judeo-Christian god who transcends nature.

When the Franks began settling within the Roman Empire they claimed they were descended from a group of Trojans who migrated northward after the fall of Troy. This would make them distant kin to Romans, since Roman legends held that they were also descended from Trojans fleeing the destruction of their city. Another interesting myth relates to the birth of Merovech, the semi-legendary founder of the Merovingian dynasty. According to the myth, Chlodio’s wife was swimming in the sea when a quinotaur, a half-bull, half-sea creature, impregnated her with Merovech…Which I suppose made him half human, one quarter bovine and one quarter fish. But while Merovech is always depicted as having a human body, this legend gave him supernatural origins and thus superhuman strength and destiny.

In the mid-6th century the Byzantine writer Procopius of Caesara claimed that the Franks controlled the Island of the Blessed, an island in the North Sea that Greek mythology claimed was the resting place of the dead. The Bretons had their own mythology but it’s difficult to discern when these myths took place. Some myths, like the legendary city of Ys, were set around this period but were written much later; and yes, I will be covering Breton legends when they come up. During the Frankish period the Bretons appeared to believe in morgen, water spirits that tempted sailors, only to drown them, much like the Greek sirens. Like their Celtic cousins in the British Isles, Bretons probably believed in fae creatures, such as elves, dwarves and fairies. It’s impossible to say how widespread these beliefs are, particularly because the church condemned them, but enough people passed down these stories which are now part of Breton local culture and identity.

Alright, that’s it for this mini-episode, this Saturday I’ll deliver a full one on the reigns of Clothar II and Dagobert.

Before France and Germany: The Creation and Transformation of the Merovingian World by Patrick Geary, 1988