The Festival of the Supreme Being (1793) by Maximilien Robespierre, as Read by Mickey Mouse 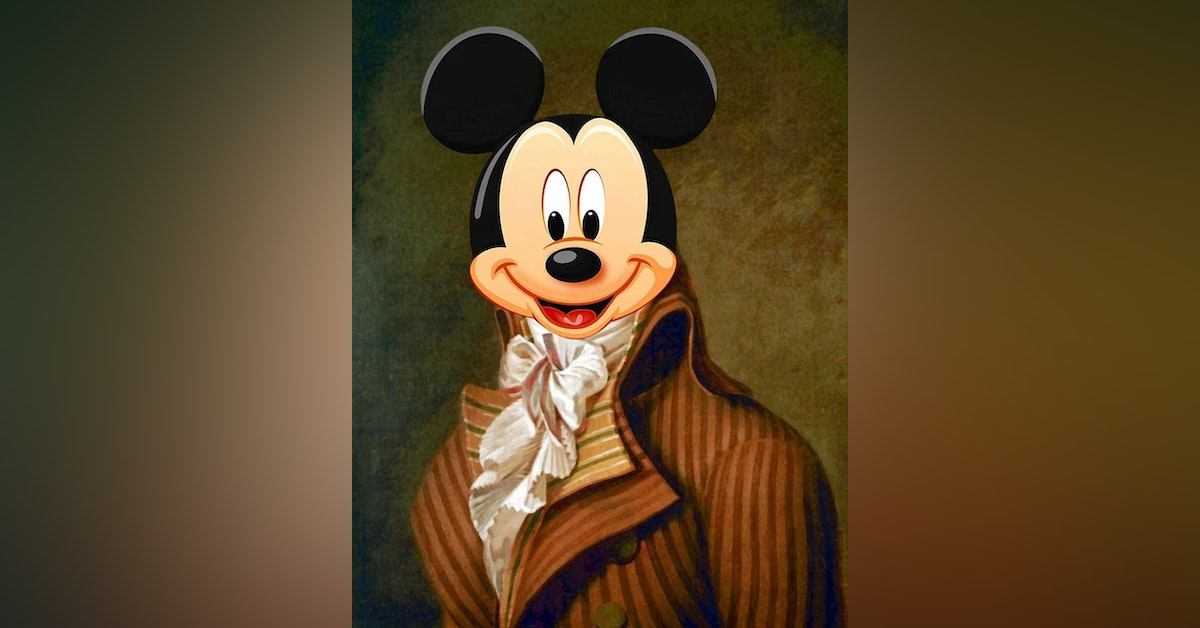 Mickey Mouse, er Robespierre, reads a speech on reason and the Supreme Being.

It has finally arrived, the forever fortunate day that the French people consecrate to the Supreme Being. The world that he created has never offered a spectacle so worthy of his regard. He has seen tyranny , crime and imposture reign on earth: at this moment he sees an entire nation that is combating all the oppressors of humankind suspend the course of its heroic labors in order to raise its thoughts and its vows towards the great being who gave it the mission to undertake and the strength to execute it.

Is it not he whose immortal hand, by engraving in the heart of man the code of justice and equality, traced there the death sentence of tyrants? Is it not he who, from the beginning of time, decreed the republic and placed on the order of the day, for all centuries and all peoples, liberty, good faith, and justice?

He did not create kings to devour humankind, he didn’t create priests to harness us like vile animals to the chariot of kings and to give an example of baseness, selfish pride, perfidy, avarice, debauch, and falsehood. He created the universe to make known his might. He created men to mutually assist and love each other, and to arrive at happiness by the path of virtue.

It is he who placed remorse and fear in the breast of the triumphant oppressor, and calm and pride in the heart of the innocent oppressed. It is he who forces the just man to hate the wicked, and the wicked to respect the just man. It is he who adorned the face of beauty with modesty, so as to make it even more beautiful. It is he who makes maternal entrails palpitate with tenderness and joy. It is he who bathes with delicious tears the eyes of a son pressed against his mother’s breast. It is he who silences the most imperious and tender passions before the sublime love of the fatherland. It is he who covered nature with charms, riches and majesty. All that is good is his work, or is him. Evil belongs to the depraved man who oppresses or allows his like to be oppressed.

The author of nature ties together all mortals in an immense chain of love and felicity.

May the tyrants who dared break it perish!

Republican Frenchmen, it is up to you to purify the land they have soiled and to recall the justice they have banished. Liberty and virtue sprang together from the breast of the divinity, and one cannot remain among men without the other.

Generous people, do you want to triumph over your enemies? Practice justice and render the divinity the only cult worthy of it. People, today let us give ourselves over, under its auspices, to the just transports of a pure happiness, Tomorrow we will again combat vices and tyrants; we will give the world the example of republican virtues. And in doing this we honor it again.

Of the president of the National Convention, at the moment when atheism, consumed in flames, has disappeared, and Wisdom appears in its place to be gazed upon by the People.

It has vanished into nothingness, this monster that the genius of kings vomited onto France. May all the crimes and misfortunes of the world disappear along with it. Armed either with the daggers of fanaticism or the poisons of atheism, kings always conspire to assassinate humanity. If they can no longer disfigure the divinity by superstition so as to associate it to their misdeeds, they strive to banish him from earth in order to reign their alone with crime.

People, fear no more their sacrilegious plots. They can no more tear the world from the breast of its author than the remorse from their own hearts. Unfortunates, raise up your beaten down heads; you can still raise your eyes to heaven with impunity. Heroes of the fatherland, your generous devotion is not a brilliant folly. If the henchmen of tyranny can assassinate you it is not in their power to entirely obliterate you. Man, whoever you might be, you can yet conceive high thoughts on your own; you can attach your fleeting life to God Himself and immortality. Late nature take on again its entire éclat and wisdom all its empire. The Supreme Being is not obliterated.

It is above all wisdom that our enemies wanted to chase from the republic. It is up to wisdom alone to solidify the prosperity of empires; it is for it to guarantee us the fruits of our courage. We must associate it then to all our enterprises. Let us be serious and discreet in all our deliberations, like men who are stipulating the interests of the world. Let us be ardent and tenacious in our anger against leagued tyranny, imperturbable in the midst of danger, patient in labor, terrible in reverses, modest and vigilant in success. Let us be generous towards the good, compassionate towards the unfortunate, inexorable towards the wicked, just towards all. We must not count on an unalloyed prosperity or triumphs without obstacles, or on whatever depends on the fortune or perversity of others. We should only rest upon our steadfastness and our virtue. Sole, but infallible guarantors of our independence, let us crush the unholy league of kings more through the grandeur of our character than by the force of our arms.

Frenchmen, you are fighting kings, and so you are worthy of honoring the divinity. Being of beings, author of nature, the stupefied slave, the vile henchman of despotism, the perfidious and cruel aristocrat insults you by invoking you. But the defenders of liberty can abandon themselves with confidence within your paternal breast. Being of beings, we don’t have to address you unjust prayers. You know the creatures who have come from your hands; their needs no more escape your gaze than do their most secret thoughts. The hatred of bad faith and tyranny burns in our hearts along with the love of justice and the fatherland. Our blood flows for the cause of humanity. This is our prayer, these are our sacrifices. This is the cult we offer you.