The Prefect’s Purse-String: Jean Moulin and the Rex Mission by David A. Foulk 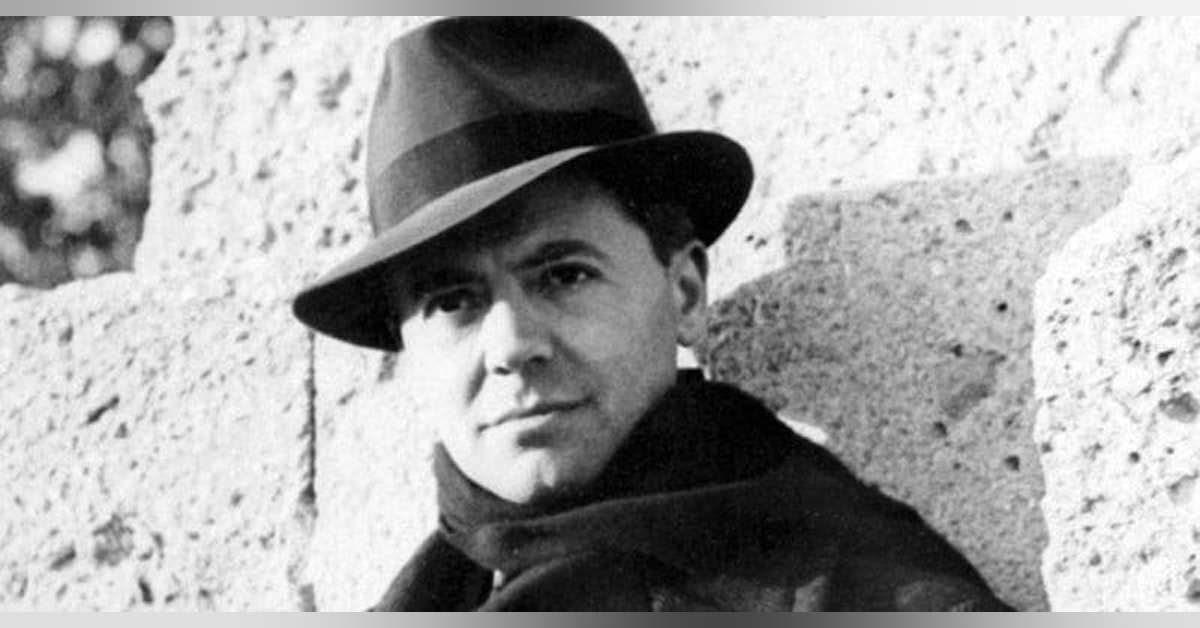 Gary: Today’s special episode is by David A. Foulk. David is a student at Oxford University currently completing his dissertation on the economic aspect of the French Resistance during WW2. He has won multiple awards and been published for his work on the economics of war.

In line with his research, today’s topic deals with Jean Moulin, perhaps the most notable leader of the French Resistance, his early activity in the movement and how he financed the war. And David’s brought his own music with him! So please enjoy this very special episode.

The Prefect’s Purse-String: Jean Moulin and the Rex Mission

Jean Moulin was the youngest prefect in the French Third Republic. He was initially posted to Aveyron, in the south of France, near Montpellier, and then Eure-et-Loir, to the west of Paris. A highly talented administrator, Moulin was in charge when the assault on France took place in June 1940. From 14th to 18th June, he kept a diary of events as the Wehrmacht troops descended on his prefecture. One of the kommandants encouraged him to denounce a group of Senegalese infantrymen, accusing the colonial troops of a horrific murder. Moulin was unconvinced by the occupiers’ evidence, he ended up refusing and wound up in a makeshift prison. Choosing death rather than dishonour, he attempted suicide, leaving an ugly scar across his neck.

Following his recovery, Moulin returned to his post for a couple of months, only to walk out in November 1940; he used the time to visit family on the Mediterranean coast, to make vital contacts in Marseilles and to begin planning a report on the nascent resistance activity. Using his detailed knowledge of the French administration, Moulin was able to apply for a doctored passport, applying with erroneous information about his birthplace, using a town whose records he knew had been destroyed during the First World War. With the help of a local police commissioner, he obtained the passport and the all-important exit visa[1]. Leaving France on 9th September 1941, Moulin travelled south to Spain and on to Portugal, where he approached Major Mortimer, a British businessman and local representative of S.O.E., (or Special Operations Executive). Despite Moulin’s links to leftist politicians, the staunchly conservative S.O.E. remained interested in employing him.

Upon arriving in London on 20th October 1941, Moulin wasted little time in contacting de Gaulle. A meeting took place, five days later, where de Gaulle seized the opportunity that had presented itself to acquire a valuable contact in France. As Moulin was in London, representing three resistance groups, his demands for three million francs per month, to be doubled at the end of the year, seemed relatively reasonable for the access that he promised[2]. This money would serve in paying for propaganda tools, such as printing presses which were increasingly rare and expensive, as well as providing salaries for those employed by the groups.

When Moulin was parachuted back into France, on the night of 1st January 1942, he took a million-and-a-half francs with him, or nearly British £8,500. This was to be split between Libération, Libération nationale and Liberté, giving each group 500,000 francs. Nonetheless, that was greater than the total of gifts that the largest of those groups had received in over a year of existence. While it was not all that they had asked for, it still proved a considerable help to these underground movements.

Daniel Cordier had left France very speedily, following the collapse of the country. He thought that he was bound for North Africa, from where he intended to enlist. However, after an unintended detour, his ship found its way to Falmouth, in Cornwall, England.

As Cordier, himself, explained, he was shocked when he arrived. “They were…in bathing costumes,” he said, chuckling, “They didn’t realise that the Germans were coming…”.

He went to London, where he heard about General de Gaulle from a newspaper report. The boys enlisted into the Free French Infantry and went off to training at Old Dean camp, near Camberley. The camp had yet to be finished, was lacking in lights and was still not complete by Christmas, that year. Life for the young Frenchmen, however, was pleasant, Cordier recalled with fondness visits to the local town, Kimberley, where there was a cinema, restaurants and beautiful girls with whom to dance.

When one of his friends was signed up to special assignments with Colonel Passy’s B.C.R.A. (Bureau Central de Renseignements et d’Action), who were the Free French secret services, Cordier asked him for an introduction. This was accepted and he went on to receive further training as a Wireless Transmissions Officer. His duties consisted of learning to encode and decode messages, using Morse code and to assimilate fieldcraft, so that he may instruct it himself. When he was parachuted, in June 1942, into Lyon, Cordier was supposed to become the wireless officer for Georges Bidault, who had been in Liberté, and was working, now, in the underground press. However, Jean Moulin had decided that he needed a secretary to assist him with his administrative duties. Cordier was duly invited to a meeting with the former prefect. Here, Moulin explained the situation as he saw things, explaining more about his political opinions and recounted several family tales to Cordier.

As secretary to de Gaulle’s representative in the southern zone, Cordier had to perform the radio-operator role, as well as organise a secretariat to perform the growing number of administrative tasks that Moulin was obliged to do. Those who helped him along the way, including the Moret family, in whose house Cordier lodged, or Laure Diebold, a secretary who had fled from Alsace whom Cordier employed as a typist, were all to receive remuneration or were helped in some manner. Typists, for instance, earned eight hundred francs per calendar month. However, these associates put all their lives in great peril by continuing to meet.

The money arrived for Cordier through one of two methods, being either brought by an agent as part of their limited baggage allowance when transferring to France aboard Lysanders. These were planes that were small, two-person machines which were modified to carry more fuel and had been gutted so as to allow for more luggage to be transported or, alternatively, extra passengers. The other method of transfer was as a part of a container. These containers were parachuted from one of the transport aircraft. The benefit of this method was that it allowed for more cash to be sent, but it was less secure than transporting it on the body of a departing agent.

The intervention of Pierre Laval, and the introduction of S.T.O., or obligatory work service, had a galvanising effect on recruitment. Gangs of youths took to the hills and forests of central France and other remote parts of the French countryside, in order to escape this involuntary requisition of labour. These irregular units became known as ‘Maquis’, which was taken from the French word given to the shrubbed, barren landscape of Corsica or the South-East France. However, the Maquis were in need of financial support, training and equipment in order for them to be effective. The only ones capable of providing this, using pre-existing clandestine infrastructure, were the British and so Moulin found himself becoming more occupied and solicited for funds. London, unconvinced of the approach and irritated by de Gaulle’s foreign policy escapades, began to tighten the screws, financially-speaking.

By March 1943, payments for the largest three movements, who were now called Combat, Franc-Tireur and Libération were all grouped together, under the banner of the Armée secrete. By this time, Combat were receiving four million francs per month, Libération received one and a half million and Franc-Tireur’s share had fallen to 650,000 francs. Compared to the previous year, Combat had greatly increased their receipts from Moulin’s fund.

With the formation of the Conseil National de Résistance, Moulin’s work began to take him from Lyon, northwards, towards Paris. This was the coordinating body, created by Moulin and the resistance heads, who coalesced their movements around the Gaullist banner. Cordier, too, had to leave Lyon and began the organisation of a new secretariat in the City of Lights. However, disaster struck.

Capture was an occupational hazard for those entering resistance, and those who did knew what the consequences could be, and how arbitrarily it may arrive. Moulin’s own came on 21st June 1943 in a suburb of Lyon. He was meeting with eight other heads of the resistance to discuss the recent arrest of their colleague, General Charles Delestraint, who had fallen into the clutches of the ‘Butcher of Lyon’, Klaus Barbie. It is still unclear as to the person who tipped off the German forces as to the meeting, various theories have revolved around René Hardy, a member of one of the groups represented at the meeting, or, indeed, his lover, Lydie Bastien, but no consensus has been reached as to exactly who betrayed de Gaulle’s man in France. Two resistance leaders, Raymond Aubrac and Christian Pineau, both saw Moulin barely alive in Montluc Prison, on 24th June, but Moulin passed away while being transported to Germany. ‘Butcher’ Barbie’s torture had just claimed the man who was to become its most famous victim.

So, what were the consequences of the Moulin mission? He helped to organise the fledgling movements by giving them exposure to de Gaulle and to London. This allowed them to acquire funds with which their underground activities could grow. Previously, the groups had been reliant upon donations made by isolated individuals and the wealth of their members. Once the groups were in contact with de Gaulle, the Special Operations Executive and Whitehall, they were able to be delivered funds by airplane through the use of agents or parachuted metal containers. In all, just over 200 million francs were sent to Moulin in the months from March 1942 to June 1943. More surprisingly were the shipments of U.S. dollars, which were exchanged by a local banker, who belonged to the cause. In all, $777,000 were sent to Moulin, or $11.8 million, in today’s money, when accounting for inflation.

The Moulin mission, codenamed Rex, was responsible for handing this money out to the different movements and groups represented. It is important to highlight this, for it was a source of great contention between all them. Many suspected that much of the money was disappearing into unscrupulous pockets, and some invariably did. However, this was not the norm and most of the money accounted for seems to have reached the groups for whom it was intended. Moreover, the vast number of memoirs are invariably positive, with regard to Moulin, although that could also be explained by people wishing to avoid speaking ill of the dead. Any subsequent slander concerning ‘crypto-communism’, or a secretly held support for the far-left, on Moulin’s part, seem unfounded, at least by the archival evidence and at least when talking about direct payments. Money was sent to the Communists but no more so than to any of the other political groups, and payments were decided more the numerical importance of the movement rather than upon any perceived political bias.

The money that was sent to Jean Moulin helped to assist in the creation and maintenance of both British and French-run networks. His staunch collaboration with the groups helped to provide the vital link into France, both in terms of communications and funds. This helped Allied strategy through sabotage efforts, as well as other acts of war. Moulin, therefore, was the lynchpin who, during a crucial period of the war, helped to enable the French internal resistance to organise themselves. In a country that values symbolism, Moulin’s republican credentials, as well as his war records, were unblemished. It is for this reason that Moulin took a place among France’s greats. His wartime financial activities greatly facilitated this.